The herringbone pattern draws its name from the familiar pattern of fish bones.

The herringbone paver pattern is created by positioning rectangular pavers in a zig-zag pattern. The result is a highly compelling weave-like pattern combining straight lines with 90-degree angles that adds intense visual interest to any hardscape. You can further enhance the effect by mixing and matching complementary colors to create an alternative chessboard-type look.

If you're an architect or designer looking to create the popular herringbone look for your patio, pool deck, or interior floor, Peacock Pavers offers a solution that is both elegant and affordable. Our herringbone pavers help you achieve the stylish herringbone design with the look and feel of natural stone — without the accompanying high price tag. It's the perfect opportunity to build curb appeal and create a look of luxury for your clients. 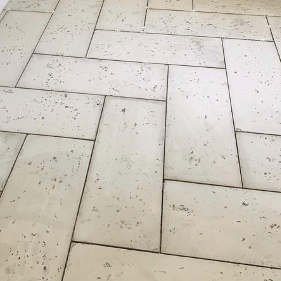 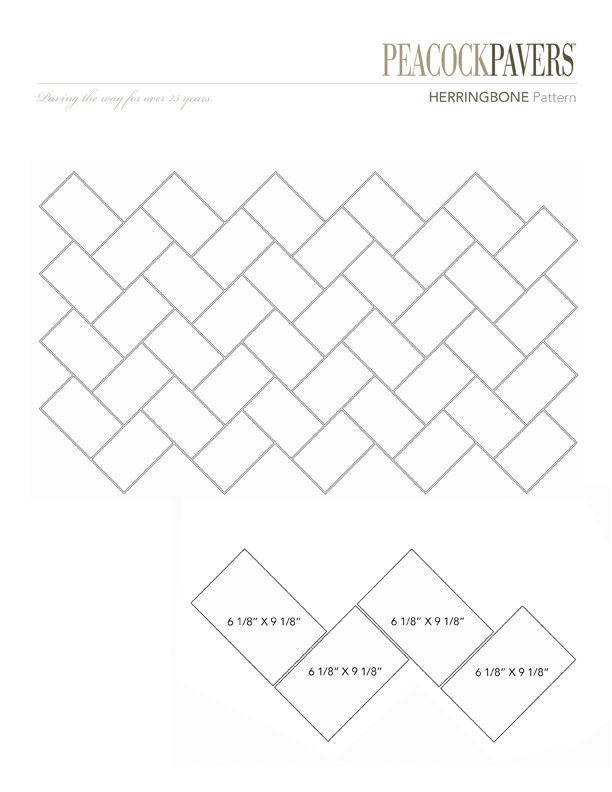 Today, herringbone has made a massive comeback with wood flooring, but herringbone paver patterns are actually more in keeping with the historic look of natural stone from ancient times. Whether you're integrating herringbone into a new construction home or an existing project, by using the herringbone laying pattern, you're capturing a look that is both trendy and timeless!

In addition to the standard herringbone pattern, which places pavers in a diagonal "zig-zag" array, there are a few alternative paving patterns that derive inspiration from traditional herringbone. These include:

Available in a wide range of sizes, Peacock Pavers are made from architectural-grade concrete and are available in thicknesses between 3/4" and 1 ¾" — or use our 3"-thick driveway pavers to create the herringbone look on your driveway. 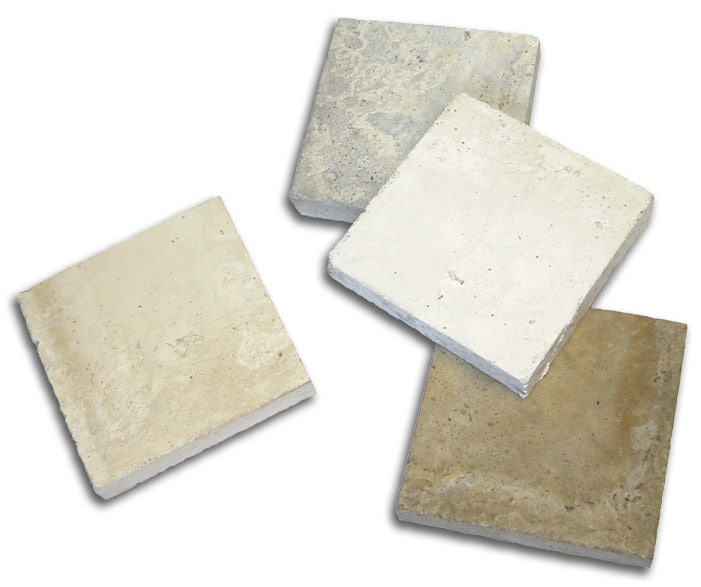 Why do architects and designers consistently choose Peacock Pavers over natural stone, brick pavers, or concrete pavers from other manufacturers? Here's what makes our concrete pavers unique: 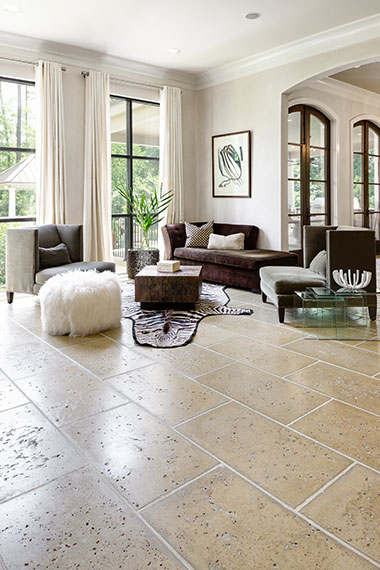 Natural stone can be quite attractive, but it's also cost-prohibitive for many clients. Our pavers replicate the look of natural stone at a fraction of the cost. Peacock Pavers offers a wide range of sizes, shapes, and color choices to create truly unique living spaces.

Every Peacock Paver is handcrafted using a secret process that has been in our family for generations, producing beautifully textured pavers of the highest quality.

Our pavers are made from recyclable concrete and require less fuel to produce than quarrying natural stone. As a result, our pavers are environmentally friendly and an ideal choice for builders seeking LEED certification for their projects.

To learn more about our herringbone pavers and discover other ways Peacock Pavers can help enhance your next building or remodeling project, reach out to us for a quote today.

When looking at paver patterns, don't forget that Peacock Pavers offer other shapes and sizes to give you even more design ideas. These include: 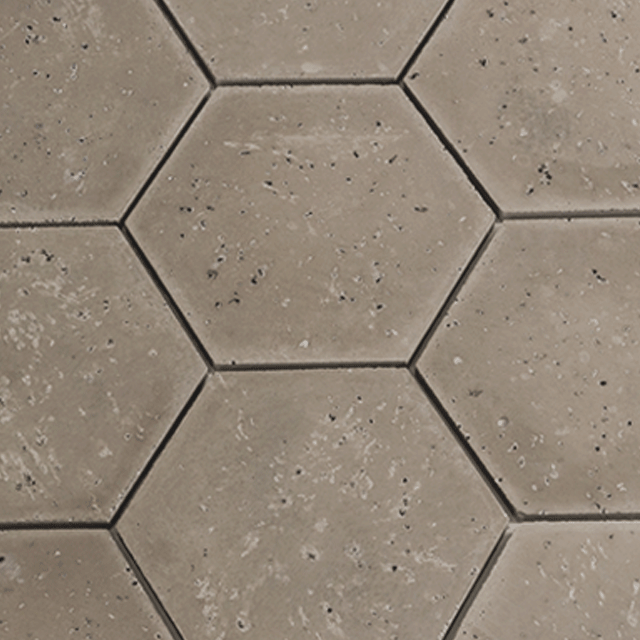 These six-sided pavers are a classic shape that work with all design styles, from retro to modern 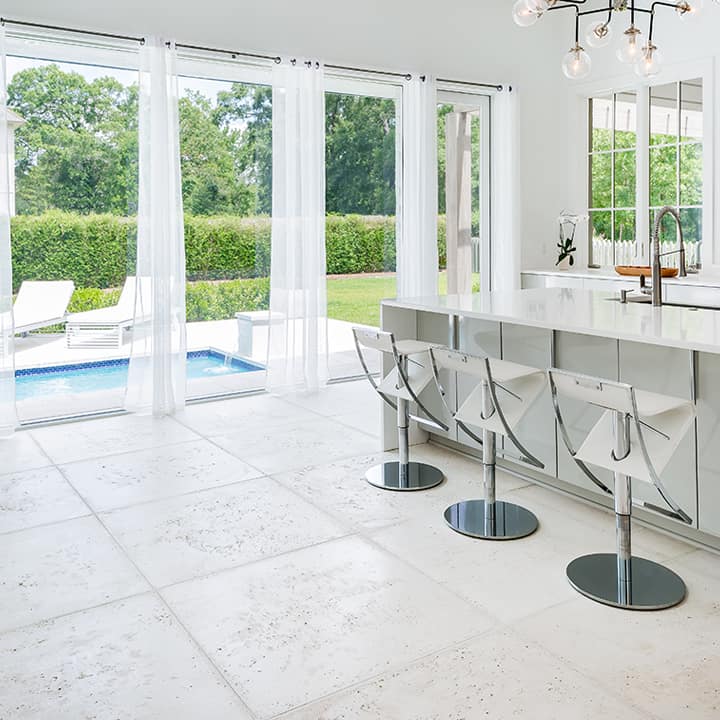 Our square concrete pavers are simple yet bold, giving you the option for traditional and modern patterns. 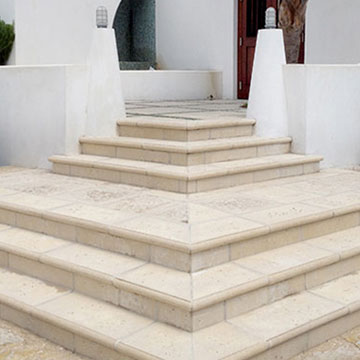 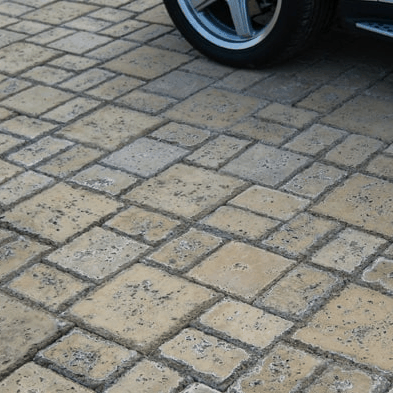 Our 3-inch-thick interlocking concrete pavers mimic the look of cobblestone for driveways.